Johnnie Walker Platinum bottle in hand, I waited in line at the Narita airport Duty Free shop, ready to purchase it as a Christmas gift for my Dad. The cashier stopped me, pointing out that since I arrived in the USA in Denver, but had a domestic USA connecting flight to Bismarck, I couldn’t carry this one liter bottle of distilled goodness between Denver and Bismarck as a carry on, since I have to go through security again.

But wait, I’ll get my checked luggage when I enter the USA, right?

I always have in the past… but I’ve rarely had a connection to another domestic airport after I arrive in the USA. I haven’t flown internationally *that* much in my life. Usually I arrive from overseas to Minneapolis (MSP) or Chicago O’Hare (ORD) and then drive to wherever I’m going, so I get my luggage and leave.
So, hmm, I’m questioning whether I’ll get my luggage when I arrive in Denver, or when I arrive in Bismarck.

Further compounding my confusion: the nice service I had while flying out of the USA.

When I flew from Los Angeles (LAX) to Auckland (AKL), New Zealand, my checked bag went all the way from LAX to AKL, even though I had a stop in both Taipei and Sydney.

So… do you know definitively, off the top of my head, if I can buy duty free in Tokyo and get that bottle home?

I’ll wait for your guess.

Turns out yes, I could!

Even though I have another flight into BIS – an international airport – I do indeed have to wait to grab my checked luggage at Denver. Then I wheel it through to a little room beyond the baggage pickup, dropping it off with another person to send on to its final destination of Bismarck.

In between there, I could have unzipped the checked bag, put my whiskey bottle in there, and had it in Bismarck.

But the rules were confusing enough that I didn’t know, and although I don’t travel internationally too frequently, I try to go at least once a year, which I suspect is more than the average us citizen… Todo: citation needed.

My backup plan, in light of the information at the Narita duty free shop, was to buy a bottle at the US duty free shop. When I could show my international boarding pass, they’d see I just got into the USA, and let me buy duty free.

Any guess whether that was possible?

The guy at the duty free in the USA (which also had that bottle of Johnnie Platinum!) informed me that duty free is only outgoing from the USA.

So… Here I am, no bottle to give my Dad. Guess I’ll buy something in Bismarck.
The result: I had to pay tax on the bottle. Good for whoever is taxing it, not good for me as a consumer.

There is zero incentive for the government to streamline, simplify, or clarify this process, since the end result is more tax money for them… unless they truly want to inform more than increase revenue. I can hope for the former, but expect the latter doesn’t make anyone in the government too unhappy. I admit, it’s a cynical viewpoint.
That’s the story of the Christmas gift that ended up costing me a few dollars more – and in fact, Johnnie Walker Platinum was only available in duty free stores for awhile, so I have no guarantee I can even get it in Bismarck.

Hopefully this post can help anyone else facing a similar on-the-spot question like I experienced in Narita! If anyone knows if either of my yes/no answers above aren’t always that way, please post in the comments!

I got about 5 hours of sleep on a 9 hour flight – that can summarize the goodness of this flight.

There was wifi onboard for $17 (which I skipped), a nice movie selection including a couple films I didn’t see on any other flight recently (Whiplash and Mad Max: Fury Road), and decent food (but not as nice as Nippon!).

I was lucky enough to have an empty seat beside me, so I could spread out some, move the backpack for extra leg room, and generally get as comfy as one can in economy class. An eye mask and a Betty White audiobook carried me off to dreamland – although the Betty White book is read by her, and is pretty good, the bit I heard!

Very impressed with Nippon Airlines. Took off from Kuala Lumpur and ended up in Narita. A thorough meal (pictured below), good movie selection (lots of new stuff, and for a limited time, all six Star Wars films were available for free!), and plenty of room to walk around. Nice bonus that perhaps is TMI: a bidet in the bathroom (yessss).

The only bad part: it had both Fantastic Four films available for free. #superheroMovieSlam

The flight had wifi onboard. I considered getting it, but the signup page mentioned the Internet could not be used for about half the flight, because we would be over Chinese land and water. Surprising… I wonder if this is a technical limitation, or political? 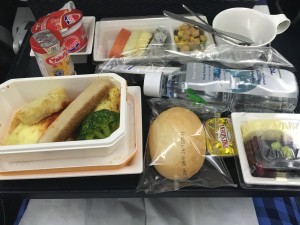 I’ve been in Malaysia since Tuesday, but I got one last run in before I left New Zealand.

Queenstown is on the South Island. I flew there after talking with many people who encouraged me to not miss the South Island – and I agree, it’s spectacular! Very different from the north island, although I didn’t spend too much time there.
This run was only going to be 5 miles, but then I kept going and explored some parts of Queenstown’s cozy downtown. 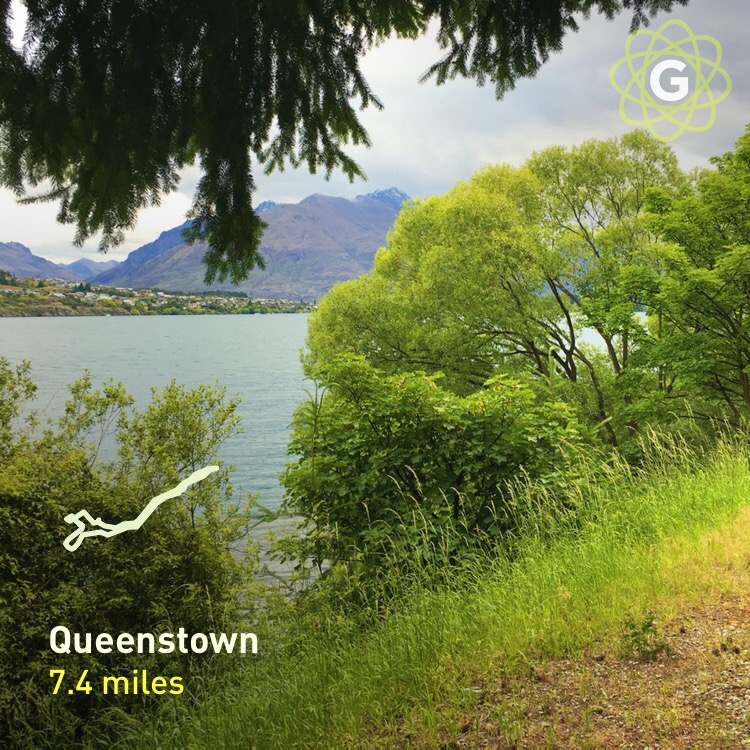 Another mass shooting. In fact, two, because there was one in both California *and* Georgia today. The California one got more news because more lives were lost.

355 mass shootings this year. That’s more than one per day.

I don’t know the motivations of these particular shooters, and there are a variety of news articles pointing to all the various motivations of different individuals.

There is one common emotion involved in all of these shootings:

A happy person generally does not want to kill other people. Once in awhile, sure, maybe someone is happy… but generally, killing is done because underneath all those emotions, there is a whole lot of anger.

Anger at the other person. Anger at the world. Maybe anger at political leaders having put some people in some places, or done something. All kinds of anger.

The internet and 24 hour news networks are two seemingly unlimited wells of anger.

They are endless fountains of anger, feeding off of whatever is happening in the news, tying almost any event of the day to their particular agenda, which is typically geared to get them mad and, therefore, increases your emotions and anger.

The anger is there because it gets eyeballs, clicks, and viewership.

Is all this anger helping the country be happier?

Is that anger helping people who are kind of on the edge, or is it taking them perhaps one foot over, into the area of bad decision making?

Do you give you ratings, website visits, and time to people who specialize in expressing anger?

You can choose not to pay attention to the angry people.

Once we stop paying attention to the angry people, they will have to change their method of communication, because they will see anger doesn’t get them ratings and clicks.

We can also choose to not be angry ourselves.

We can choose to be level-headed.

We can choose to smile and have constructive conversation with people with whom we disagree, rather than get mad.

It won’t save the lives of the people already killed. But the more positivity we bring into the world, the more chance the incredible weight of anger the world is carrying right now will be reduced by just a little bit.

Maybe your positivity will help offset someone else who is carrying a lot of anger to diffuse the anger slightly. Just enough to prevent the fuse from burning down all the way.

Maybe it’s holding the door for someone and smiling. Maybe it’s waiting at the stop sign. Maybe it’s not posting a link from that well-known angry media outlet on Twitter.

We can control our own emotions. We can be civil and level-headed, even with those with whom we disagree.

Here’s a toast to everyone who can keep a level head. It seems like more level heads – and less anger – would help the country.

I encourage us all to do our part, and not be too angry.

If you have anger issues, talk to someone: preferably a counselor or a hotline.

Let’s help the country be a little bit less angry, and hope that results in less senseless violence.

Because regardless of access to weapons, political or other beliefs, the one thing all these shooters have in common? They’re angry.

Let’s help reduce the anger. It’s at least something we can all do.

I’m not linking to any of the news reports about this, because alas, the more the media covers mass shootings, the more copycats tend to happen.

That’s a link to a report from PLoS ONE, which is a peer reviewed, academic paper. 100% anger-free, guaranteed!

One surprisingly great part of living in New Zealand but working in sync with the US central time zone is that nighttime still has sun. I frequently go to the gym late in the day, and many times I have been stopped by a gym’s (completely reasonable) closing time of 10pm or midnight. And I don’t relish running in any city during the dark; a little more chance of crime, more hazards that I cannot see, and cars have a harder time seeing me. No bueno.

Here’s a friendly family that lives near where I’m staying. 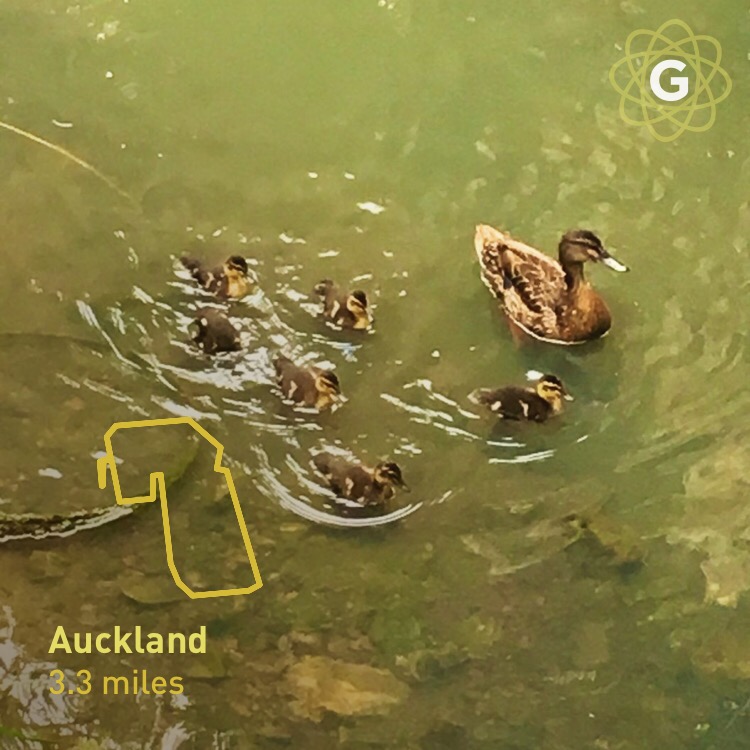 What I thought would be a 5K (3.1 miles) run turned into a bit more, thanks to good music from Erykah Badu’s newest mixtape. 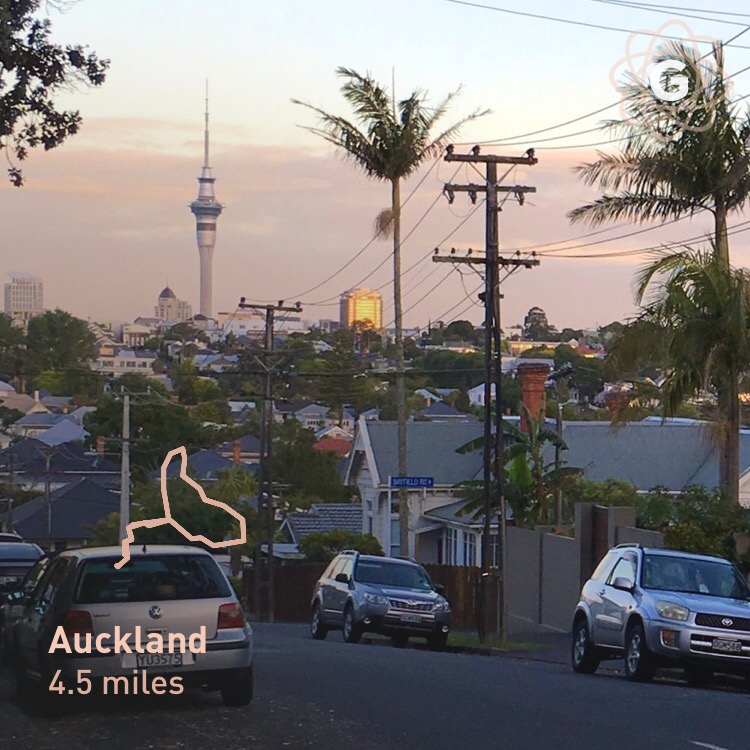 Beautiful weather here in Auckland, and I even got to see a little rugby… a game which I understand only slightly more than cricket. Time to learn before I leave kiwi country.